April 02, 2011
In Hidden Holiness, Michael Plekon challenges us to examine the concept of holiness. He argues that both Orthodox and Catholic churches understand saints to be individuals whose lives and deeds are unusual, extraordinary, or miraculous. Read more »

March 12, 2011
Once again, the Fellowship of St. John the Divine of St. Mary's is pleased to present the 2011 Learning in Lent Series. All talks will take place in the Church hall following the Friday Akathist services of Lent, which all begin at 7pm. Read more »

February 17, 2011
On Saturday, February 26th, St. Mary’s will host an evening Hafli to raise funds to send our kids to the Antiochian Village Summer Camp. Mitchell Kaltsunas and his band will be there for a night of dancing, great mazza (and kid-friendly snacks too) and wonderful company. Read more »

February 12, 2011
The Fellowship of St John the Divine is proud to report that $932 has been raised during this past Sunday's Chinese New Year's Breakfast after Liturgy, with a higher than expected turnout compared to previous years. Read more »

The Diocese of Worcester and New England is pleased to offer a Pre-Lenten "Introduction to Byzantine Chant" workshop at St. Mary's on Friday February 11, 7:00 - 9:30pm and Saturday February 12, 9am - 2:30pm. The classes will be taught by Fr. Michael Vanderhoef, pastor of Annunication Greek Orthodox Church in Madison, WI and Charlie Marge, St. Mary's Head Chanter and Director of the Boston Byzantine Choir. This is the same course they taught this past summer to 40 students of the Sacred Music Institute at the Antiochian Village. This course will focus on chanting from text in the characteristics of the eight tones and is appropriate for both beginners and those who have experience chanting and would like their questions answered.

January 12, 2011
The central sign of our acceptance of God's sanctification of the creation is the blessing of the homes of faithful Orthodox Christians. Read more »

On the Violence against Christians in Iraq and Egypt

January 06, 2011
With great sorrow we greet the news that Christians in both Iraq and Egypt have been targeted by Muslim extremists resulting in the creation of many new martyrs. Read more »

December 23, 2010
At St Mary’s we will celebrate the Chinese New Year on Sunday February 6 with a Chinese Missions potluck breakfast, after the Divine Liturgy, to benefit the Chinese Translation Project via the Orthodox Fellowship of All Saints of China. Read more »

Blessed is he who comes in the name of the Lord! 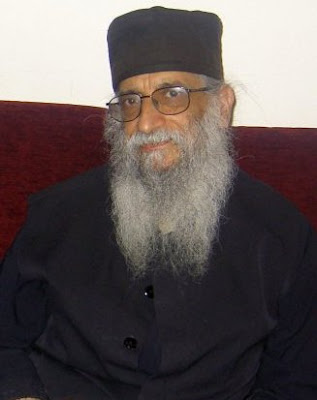 Finally, after a long wait, following the repose of Metropolitan Elias Kurban of blessed memory, a new angel was chosen for the diocese of Tripoli, Koura, and their dependencies, on Wednesday, October 6th—the monk Archimandrite Ephrem (Michel) Kyriacos.

An interview with Frank Schaeffer, author of Patience with God

What do you mean by patience with God?

I believe that the ideological opposites -atheism and fundamentalist religion-often share the same fallacy: truth claims that reek of false certainties. I also believe that there is an alternative that actually matches the way life is lived rather than how we usually talk about belief. I call that alternative "hopeful uncertainty." Patience with God is taking the time to discover hope in paradox, not demanding answers but rather finding God in ordinary life.

Why do you think people aren't more patient with God?

Because of the people who speak in God's name basically being our national village idiots.