2005 Celebration of the Chinese New Year at St. Mary's

The Chinese New Year Buffet was the first of its kind to be held at the parish of St Mary. God willing, the parish can celebrate the Chinese New Year annually to benefit the Chinese Orthodox Translation Project. The Chin Family would like to extend our deepest gratitude for the many parishioners who extended a hand to make this event a success. Given the last minute snow blizzard on the weekend of January 23, 2005, the event along with the annual parish meeting was postponed to the following Sunday, January 30. We made good use of the newly renovated kitchen facility, whether tossing oriental salad, or heating Chinese food, with a wide selection including curry chicken, broccoli with shrimp, fried rice, steamed ravioli, egg rolls, fried chicken wings and crab rangoon in the oven, or coordinating the many preparatory work including cutting the oranges or parishioners bringing in donated brownies. Also many thanks to those who helped set up and take down the tables and chairs. We regret that we are not able to acknowledge everyone by name, as that will fill up the whole page, and we may bound to leave out someone unintentionally.

Those who attended the Buffet donated a total of $1,099, which the Order of St Ignatius has matched. The parishioners of St Mary comprised the single largest contributor along with $300 donated by the parish council and those who likewise donated, but could not make it to the buffet. Such generosity has helped the Chinese Orthodox Translation Project to meet its 2005 objective for the $3,000 matching grant.

Also, last Christmas Eve, several icons, icon prints, and music cassettes from the parish bookstore were donated to China to those in need of Orthodox devotional items. These items along with some other icons, prayer ropes, prayer beads, and other items that were provided at clearance discount from the Holy Transfiguration Monastery and Holy Nativity Convent in Brookline, MA, were blessed at the St Mary’s following the Royal Hours.

Our translator in Romania have thus far translated the Prologue from Ochrid up to mid-March. The developer of the Menologion software has incorporated features of displaying lives of Saints in English, and allow importing of non-Unicode Bible modules from unbound.biola.edu in the alpha test version of the next 3.0 release. Development for Unicode support and importing of the Chinese translation of the Prologue will be forthcoming.

Other projects in the pipeline include translation of troparia and kontakia, which are short hymns commemorating the feasts for every day of the liturgical year, and also a Chinese-English dictionary of Orthodox terms to further assist future translation projects. 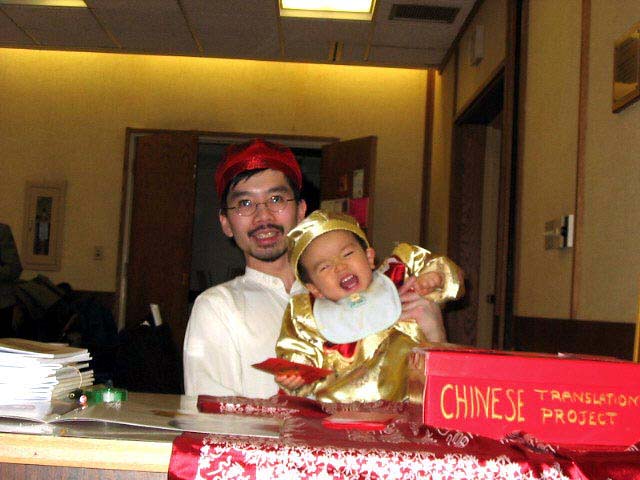