Christ In An American Prison

This icon of Saint Anthony is the work of an American monastic named Anthony. The unique situation of Anthony is that he does not live in a monastery, but in a Maximum Security Prison in Colorado.

Anthony has never entered an Orthodox church, nor has he attended "live" a liturgy or any other service; he has only seen a liturgy that was video recorded. The same situation exists for the other Orthodox Christians held in Maximum Security, such as the monk Matthew, and the majority of lay people like Loukas and George. This is because they became Orthodox after a personal search while in prison. The Orthodox in the Penitentiary do not recognize each other, since in this prison the detainees go into the courtyard individually, and do not meet each other as they are completely isolated. But they can mail letters to the "outside world", in compliance to certain conditions of course, such as the contents of the letters being checked. Our brothers understand Orthodoxy much more than one would expect. Another detainee, David, makes beautiful woolen prayer ropes, and has sent them to many Christians in various parts of the world.

The Orthodox of this Maximum Security Prison are the fruit of the grace of God through the missionary activity of a remarkable priest, Fr. Stephan Powley, who for years served there (he is now Chaplain of the prison).

Fr. Stephan, a former Evangelical Protestant, was ordained in the Antiochian Orthodox Archdiocese in the USA (under the Patriarchate of Antioch). He has been a prison Chaplain since January 1985 and has served in every security level from minimum to maximum. He is a priest in the Antiochian Archdiocese and serves the Orthodox Churches of Southern Colorado as needed. He is married to Ashley and they have four children who are all attending different universities.

Fr. Stephan offers weekly stories to "uplift and provoke thought" which can be read at this website: http://www.ocpm-scoba.org/upwardglance.html 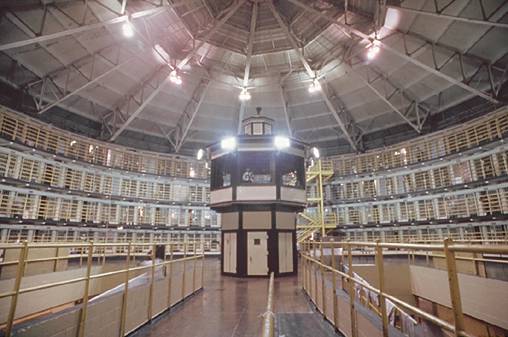